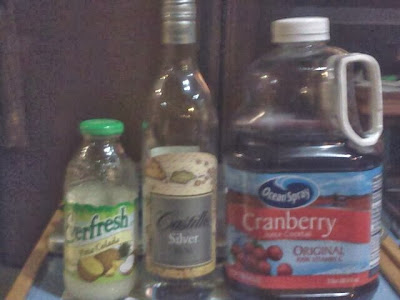 I actually should have posted this a few months ago, but just didn't have time. A while back, I didn't have too much loot on me but I wanted to get a basic rum for mixing. I thought to myself, "Let's go with bottom shelf." I knew this was a risk because of a few reasons: 1.) The taste would be horrid; 2.) A mean headache; 3.) I would probably puke my brains out. I did some searching online right quick and found a rum called Castillo. There were a few rum reviews I chose such as Serious Eats, Ask Men, and a couple other spots.

I wouldn't say I was the biggest Bacardi fan in the world, but I liked it enough on a mixing tip especially with friends. I saw that Castillo is the bargain brand of Bacardi. Basically 25%-35% mark down from it's parent product. I basically got my first bottle for roughly $8 (Liter size at that) compared to 750 ml of Bacardi which would run 12-14 bucks. I had a sip of it and it had a slight burn. However, it was not bad at all! I was like this tastes smoother than Bacardi and I don't feel as if I'm getting a headache as I drink it. I would honestly not take shots of it. It's smooth for mixing.

Bacardi has a sweet taste that goes to a straight burn. This is however a very mellow taste with a slight kick. Perfect for your Bay Breeze, Rum and Coke, Rum and Pineapple. It def has more complexity. Bacardi just has the name.